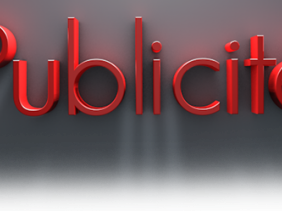 The evolution of the advertising market has benefited television and handicaps increasingly print media. This is what emerges from a survey realized by the Institute Immar Research & Consultancy, published yesterday.

It is noted as a decrease of 21% of display ads in the press and a 9% reduction advertisers (172 against 189).
For cons, the TV channels are carving the biggest share of the advertising market. The study notes that ads on television during the first three months of 2015 remain dominant, with a rate of 84.2% of the market, 8.646 billion dinars, an increase compared to the same period in 2014 where the rate was only 72.83% (5.286 billion dinars).

The number of advertisers in this segment also increased from 97 to 129, representing a 33% increase, as the number of spots that also increased from 35,735 à 76,694 (+ 115%) . These figures therefore reflect lower advertising rates of certain television channels. In some of these broadcasters, the price of a time slot can drop to 10 000 DA 30 seconds, while the prices displayed are much more important than that.